March was a good month for the stock market and a very strong month for the Global Security Fund, which was up 10.1 percent and 10.3 percent for the share classes R and S, which was better than both the benchmark index MSCI World TR (+6.97 percent) and the Swedish Stock Exchange (+ 9.87 percent). The market has just over strongly favored growth stocks, but we have recently seen a clear shift towards value stocks, which has benefited the fund.

Cyclical companies were the winner of the month. Boeing rose by 24.4 percent and was the fund's best performing holding with a contribution of 1.6 percent to the fund's return. Boeing reported sales figures from February, which showed higher figures than competitor Airbus and for the first time in fourteen months, the company had more orders than cancellations. Boeing's share price fell just under 80 percent during the Covid pandemic, and at one point the company traded at just under $ 100. We wrote in the September monthly letter that a series of strategic cost reductions together with a turning point in the then aviation industry could very well be the turning point for the airline's share price. Since then, the price has risen by just over 60 percent, which is 3 times the benchmark index. The company is well positioned for a continuation of the cyclical recovery and also has a large exposure to the space and defense industry.

The defense company Lockheed Martin was the second best performing holding of the month with a contribution of 1.3 percent. The company, which was up 15.7 percent during the month, is currently trading at a PE ratio of 12.6 and in our opinion it is a confirmation that there are still fantastic opportunities for a revaluation. In the most recent quarterly report, the company was cautious about sales growth in the short term. but we believe that the company will probably meet the expectations that the market now has.

Northrop Grumman, one of the traditional defense companies with a solid exposure to the space industry, was the third best-performing holding of the month with a contribution of 1.2 percent. The company, which was up 14.8 percent, is currently traded at a PE ratio of 13.6. The market's focus is on sales expectations, which the company has lowered in the near future, but we believe the company's exposure to the space and defense industry will help to mitigate the short-term downside risk.

L3 Harris Technologies was also a strong performing holding with a contribution of 1.2 percent. The company's sales growth is subdued for the coming years, but like most traditional defense companies, there is a large order backlog, a fundamental strength with a strong operating margin. The aircraft carrier manufacturer Huntington Ingalls Industries also performed a good contribution of 1.1 percent. The company was up 21 percent in March.

There were few losses in March, the exceptions were Crownstrike, Palo Alto Networks and SAIC, which were the fund's worst performing holdings with negative contributions of -1.9 percent, -0.5 percent and -0.2 percent.

Cybersecurity company Crowdstrike, which reported in March, showed strong figures that once again beat expectations. Sales growth was 5.8 percent better than market expectations, which resulted in earnings per share of 50.6 percent also higher than the market estimate. The company is growing with new customers and several products have good opportunities to continue the impressive growth journey. Despite this, the company's share price was down 12.2 percent in March, which can be explained by the fact that the company is in a consolidation phase after an extremely strong rise. Palo Alto Networks, another cybersecurity company, also showed a decline in March (6.9 percent). Even though the company beat market expectations in the most recent quarterly report, the company has expanded its operations through acquisitions and the market's focus is on the cost of the expansion.

The consulting service company SAIC, which focuses on communication and cyber security, which for the most part has the US government as a customer, released its quarterly report in March. The company had slightly weaker sales growth, which missed by 3.8 percent, but beat profit expectations by over 16 percent. It was the company's focus on future growth that frightened the market, and which now looks to be around zero in 2022. A number of acquisitions to broaden operations have increased the company's indebtedness and the crucial future is that the company can grow relative to this indebtedness. However, the company has a unique position in the market and a modernization of the US government IT system and a focus on cyber security will benefit the company, even if there is a short-term decline in growth.

The rotation to value shares from growth has benefited the fund over the past six months and our assessment is that a continuation of the trend will benefit a number of the fund's holdings that are stable value companies with low valuation and strong cash flows. The fund also has a large allocation to growth companies in cybersecurity and the space industry that are not dependent on value rotation and the portfolio's composition offers a unique exposure to global security, an area with strong growth over a long period. 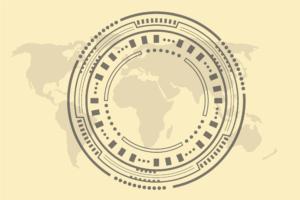